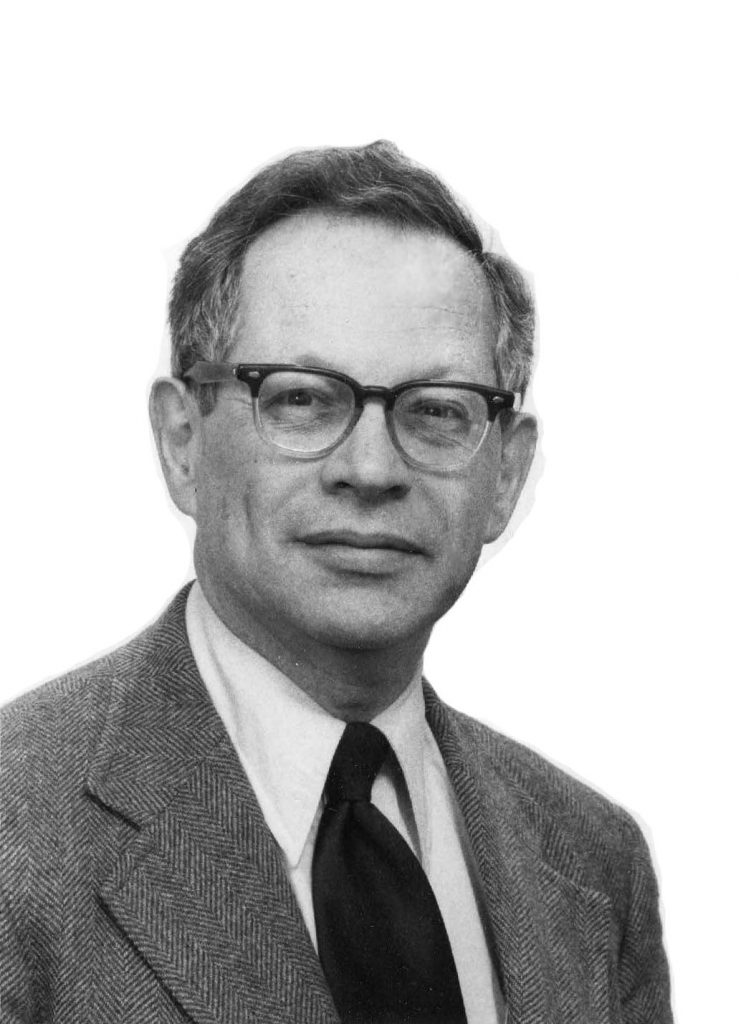 These were exciting years for microbial technology and Wisconsin’s Department of Biochemistry was one of the world’s outstanding centers of research. Perlman’s tutors, Professors W. H. Peterson and M. J. Johnson, were both understanding of and sympathetic to his inquiring mind, and allowed more flexibility than was usual for graduate students in those days. On one occasion, he biked (no ten speeders in those days!) 200 miles from Madison to the Northern Region Research Laboratory at Peoria to see, first hand, the penicillin research underway.

Following short periods at Hoffman-LaRoche, Inc., and Merck and Co., Dr. Perlman joined the Squibb Institute for Medical Research as a Microbial Biochemist. He studied streptomycin fermentation (where he discovered the enzyme mannosidostreptomycinase, important in converting mannosidostreptomycin to the more clinically useful streptomycin); process development aspects of neomycin, vitamin B12, and tetracycline fermentations; and practical application of mammalian cell culture. Remarkable accomplishments during this period included discovery of the conversion of Reichstein’s compound S to hydroxylated steroids, the commercially important microbial hydroxylation of the 16 position of steroids, and the potential for metabolic inhibitors to influence the biosynthesis of tetracycline (resulting in the demethyl series of these clinically important antibiotics). In 1966, a Guggenheim Fellowship allowed Dr. Perlman to begin studies on Vitamin B12-antagonists at Professor Barker’s Berkeley Laboratory and also to initiate studies on the microbial transformation of peptide antibiotics starting with the actinomycins.

In 1967, after some 23 years in the fermentation phase of the pharmaceutical industry, Dr. Perlman moved to the University of Wisconsin-Madison, first as Knapp visiting professor, then as Professor of Pharmaceutical Biochemistry in the School of Pharmacy. The opportunities at the School of Pharmacy included the possibility of enlarging his research activities and teaching both undergraduate and graduate students. From 1968 until June 1975 he served as Dean of the School while carrying out his teaching responsibilities and supervising an active research program. Unusual administrative problems occurred during this period, including major damage to the Pharmacy School building when a bomb was exploded in the adjacent Mathematics Research Center. Nevertheless, during his tenure as administrator the size of the student body of the school doubled, and the faculty increased by 150 percent accompanied by substantial increase in research space.

Upon returning to full-time teaching and research, he increased his activities. These included serving as editor of 27 books, including the Advances in Applied Microbiology series and the Annual Reports on Fermentation Processes, and participation as a member of the editorial boards of five journals. His nearly 300 scientific and 75 nonscientific publications attest to his enormous capacity for productivity. He held 28 U.S. patents.